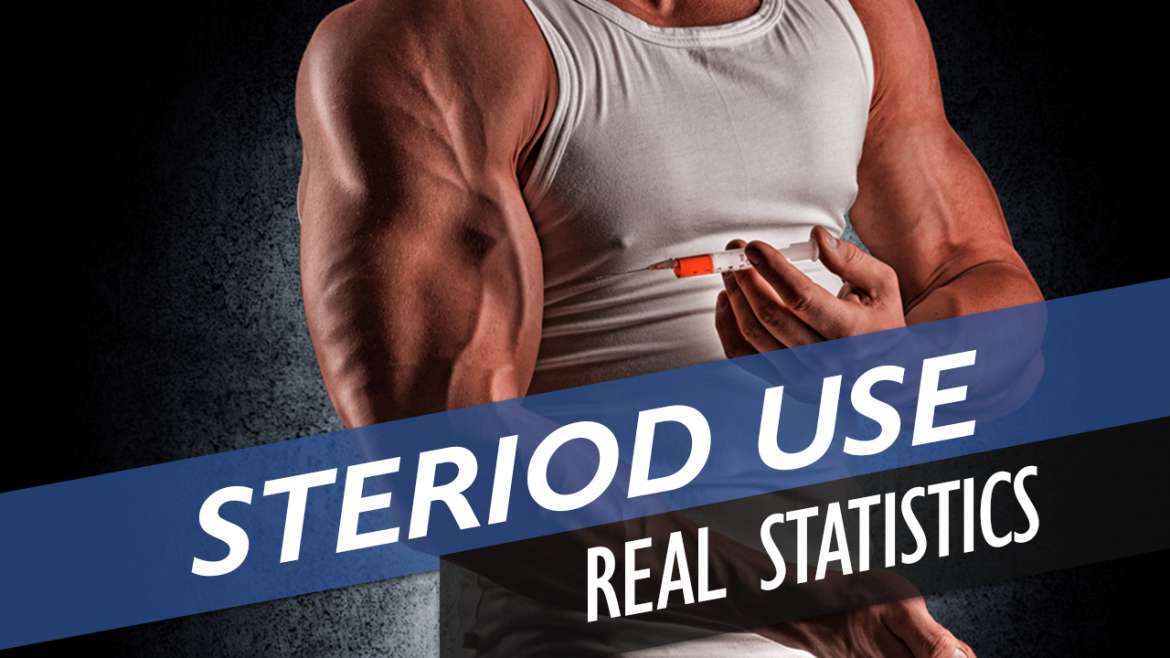 Other Supplements
Have you ever wondered how many people really take steroids? Well, in this post I will show you some actual statistics and also share my personal information after working in the fitness industry for years.
Depending on who you listen to you have probably heard that steroids are either the worst thing you can do to your body or something completely safe that has no side effects.
As with most things in life the truth lies somewhere in the middle so before I tell you how many people use steroids let’s first talk about what steroids actually are.

What Are Steroids, Anyway?

When people say “anabolic steroids” what they really mean are substances that are derivatives of or act similar to testosterone, which is the primary male sex hormone but women also have it in their bodies.
More testosterone or testosterone-like substances in the body generally lead to faster muscle growth, better recovery, more strength, and less body fat. Each drug achieves these effects in different ways but the net effect is usually the same. You build more and faster muscle than someone who isn’t on steroids.
If you aren’t completely new to fitness you probably already know this so I won’t bore you any longer. The real question you want an answer to is…

How Many People Really Use Steroids?

Answering this question is difficult because very few people openly admit to steroid use. But there are studies that have asked people anonymously which I want to show you now.
The first is a 2012 study by Pitsch and Emrich. They basically asked a large number of German professional athletes of all kinds of different sports the following question: ‘Have you ever knowingly used illicit drugs or methods in order to enhance your performance?’
10.2% of athletes answered yes to the question, which means that’s the minimum number of actual steroid users. But in an earlier study the same athletes had already done a blood test where 24.7% tested positive to performance-enhancing drugs. This means a range from 10.2% to 34.9% of athletes is possible.
Of course, there are some problems with these findings. First of all they only asked professional athletes and not your average gym goer. Next, the term “performance-enhancing drug” can mean a lot of things and not necessarily just the “steroids” we think about in bodybuilding.
So to answer this question we have to look at different studies. There are two that I want to show you now:
First, Buckley et al (1988) found that 6.6% of all 12th graders took some form of performance-enhancing drugs.
Next, Tricker et al 1989 found that 54% of competitive bodybuilders took performance-enhancing drugs at least once in their lives.
The reason they are interesting is that both studies used “self-reporting”, so participant had to admit to steroid use which means they are probably even higher in reality.
This applies especially to competitive bodybuilders whose career depends on them performing well without open drug use. In fact, once you reach pro level bodybuilding I can tell you that everyone is taking steroids. There is simply no way to build that much muscle naturally even with the perfect diet, workout and genetics.

Now for the average gym goer I can only give you my personal experience. Even though I never have and never will take steroids, I have talked to a lot of users and gym owners so my personal estimation would be that around 5% – 30% of people in any gym are on the juice.
I know this is a big range but the reasons I don’t specify it more is that gyms vary a lot. Obviously, when you train at planet fitness these numbers will be a lot lower than when you train in a gym full of jacked bodybuilders.
What I can tell you is that most people underestimate how common steroid use is, though. That’s because there are many people on steroids that don’t look like they are. Keep in mind that even though steroids are powerful they are no wonder drug.
You would still have to lift heavy and work your ass off to see significant results. Many people aren’t willing to do that and think steroids will help them look like Arnold without ever hitting the squat rack.
And that’s also what I want to finish this post with. I think the current debate on steroids is completely messed up. People either completely vilify them or they see them as some sort of quick solution for their body issue.
Of course, neither is true. Steroids are a complex topic that needs open discussions to inform the general public and not treat this as some backyard drug that only criminals take.