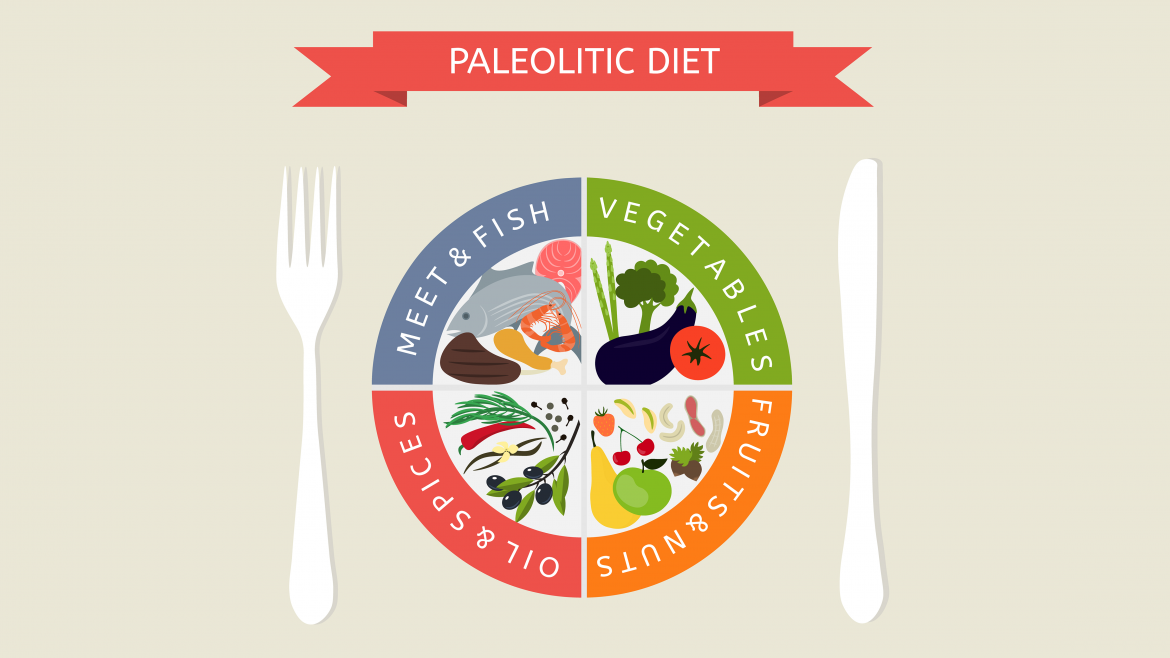 Diet & Nutrition Healthy Living
Next to the gluten-free diet, the paleo diet is another hugely popular diet right now. Many people will tell you that it can help you with weight loss, cravings, sleep and even allergies. So again, this diet seems pretty good, right?
Well, let’s find out.

What is the Paleo Diet anyway?

The idea behind the paleo diet is to eat the same foods our hunter-gather ancestors supposedly ate: so fruits, vegetables, meats, seafood, and nuts. What you want to avoid are processed foods, dairy products, potatoes and grains. If a caveman couldn’t eat it, neither can you.
Advocates of this diet will argue that the average human back then was tall, muscular, agile, athletic, and incredibly versatile, whereas the average human now is overweight, out of shape, stressed out, and unhappy so we should go back to our roots and bring back the caveman diet.
The problem with this is though that we know from excavations and bone analysis that people back then weren’t nearly as tall and healthy as paleo advocates make them out to be. They also didn’t have all the abundance of food we have today so it was basically impossible for them to become overweight.
But these are details that don’t really matter when it comes to dieting because the paleo-diet could still be healthy even if the theory on which it’s based isn’t 100%  correct.
And in fact many of the aspects of paleo dieting are very healthy:
– Eating lean meats, seafood will provide you with a lot of protein, which is very important to build and maintain muscle mass.
– It excludes processed meats, which can pose health risks.
– It includes a lot of veggies and fruits, which are high in vitamins and generally nutritious.
– It excludes basically any type of candy and processed sugars, which usually have little nutritious value.
– And it excludes trans fats, which are generally bad for your heart and overall health.
So in these aspects paleo is a pretty good diet. There is just one problem. It also forbids quite a few foods that offer great health benefits.
For example…
Whole grains are an excellent source of quality carbohydrates that have been shown to reduce inflammation in the body and decrease the risk of cardiovascular disease.
Dairy products provide calcium, protein, and vitamin D. Now, of course, some people are lactose intolerant, but for those that do fine with dairy, it’s a highly nutritious food.
Also, legumes are a good source of plant-based protein and have been shown to decrease total and LDL (“bad”) cholesterol levels.
But you couldn’t eat all these foods as a true paleo dieter. Often the arguments for these exceptions are that whole grains damage the intestines and legumes contain anti-nutrients that interfere with nutrient absorption.
My problem with these claims is that there is little scientific evidence to back them up or that most of these problems aren’t really problems. Antinutrients in legumes, for example, aren’t a problem at normal intake levels and as a part of a properly balanced diet and can easily be reduced by cooking them.

So what’s the bottom line on paleo?

The foods that are recommended in the diet are pretty healthy as long as you stick to lean and unprocessed meat. So there is nothing wrong with that. The problem comes with the foods that should be avoided, especially the whole grains that are one of the best sources of quality carbs.
Trying to get your carbs solely through fruits will be difficult and is not recommended. So if you really want to follow the paleo diet I suggest you go with a less drastic approach and still include some form of non-Paleo when needed.

Is Eating Before Bed Bad For Fat Loss & Your Metabolism?

Why Most Fat Burner Supplements Are Overrated