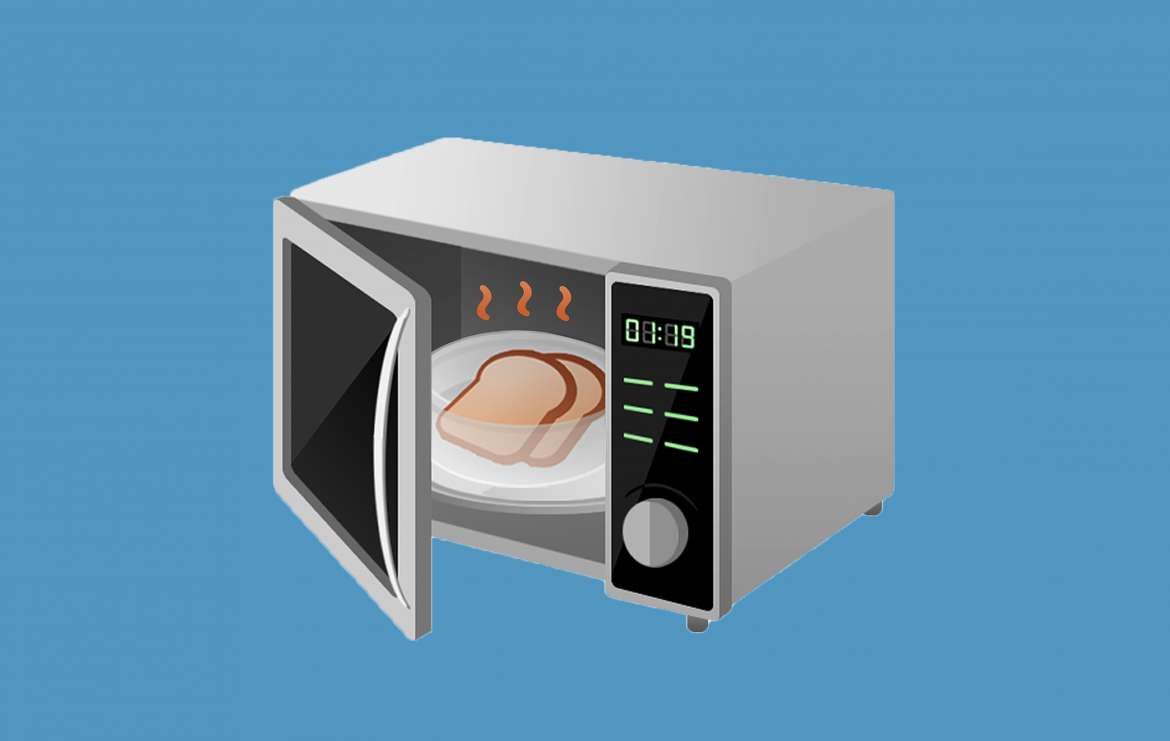 Diet & Nutrition Healthy Living
Microwave ovens are extremely convenient. But even though they are among the most common kitchen items in the US and Europe, many people still fear that microwaving food reduces nutrients or harms you in other ways.
But is this true?
Is cooking with microwaves dangerous or does it reduce the nutritional content of food?
In this post I will answer both of these questions, but first we have to talk about what microwaves actually do and how they work. After all, it kind of seems like magic, don’t you think?
Microwave ovens basically turn electric energy into electromagnetic waves, which are called…microwaves.
Microwaves interact with the molecules in the food and make them move faster, which turns the energy into heat. It’s the same principles that you use when you try to make fire by rubbing sticks, just that it happens on a molecular level.
Since these waves are almost instantly available, your food heats up a lot quicker than if you had to heat up a pot or a pan.
At this point, the first question that will come to your mind is probably:
Are microwaves harmful?
The short answer is: not if you have a modern microwave oven.
Even though microwaves are technically electromagnetic radiation, this is not the same as atomic radiation, which most people think of when they hear the word radiation.
Microwaves are non-ionizing radiation, which means they don’t have enough energy to damage chemical bonds or molecules. In fact, non-ionizing radiation is all around us and cell phone waves are also one type of it.
Also keep in mind that microwave ovens are made of metal, which prevents the radiation from leaving the oven. So unless you still have an old rusty one from the 70s, the radiation is not an argument against using them.
Does microwaving food kill the nutrients in it?
To understand how microwave cooking affects the nutrient content of foods you have to know that cooking food can do different things to it. It usually decreases the amount of vitamins in the food, because some aren’t very heat resistant.
Vitamin C is a good example here. On the other hand, certain nutrients are actually made more available through heating food like beta-carotene, which is why cooked carrots are often said to be more nutritious than raw ones.
So if you wanted to see the real effect microwaving has on food you would have to study each food individually. Because no one has time for that I will now give you a summary of the most important findings of studies done with microwaves.
First, the most important factors that lead to nutrient break down are either high temperatures, long cooking times, or added water which can make water-soluble vitamins leach out of the food.
These “risk factors” apply to all types of cooking and not just microwaving. In fact, microwave ovens are sometimes seen as superior to boiling or heating your food in a traditional oven because the process is so much faster.
There is one study published in the journal of food science that compared the effects of different cooking methods on the antioxidant content in vegetables and found that microwaving and baking performed best while pressure cooking and boiling did the worst.
But there also studies which found that garlic which had been microwaved for only a minute had fewer cancer-fighting compounds than when prepared in a traditional oven. Another study found fewer antioxidants in broccoli after being microwaved.
Are these arguments against microwaving your food?
In a few cases of broccoli and garlic maybe, but for most foods, microwave ovens tend to compare very well to other cooking methods.
Microwaves – The one health concern you need to worry about
Now, one health concern that is valid is the use of cooking containers in microwave ovens. Because microwave cooking also heats up the plastic of the containers, there is the possibility of chemical leakage. That means cooking with unsafe containers can lead to cancer-causing toxins leaking into your food.
So just to be safe, I recommend you take your food out of non-approved plastic containers before you microwave it. This only applies to plastic, however, and glass and ceramic are fine.
In conclusion, microwaves are generally safe and will probably make your life a lot easier, just like they are designed to. There is no evidence that the radiation causes direct harm, and the overall nutrient content is reduced only in very few foods when compared to other cooking methods.
So, my advice to you is that instead of worrying about your microwave oven, worry about what you actually put in it and make sure it’s quality food instead of processed junk.