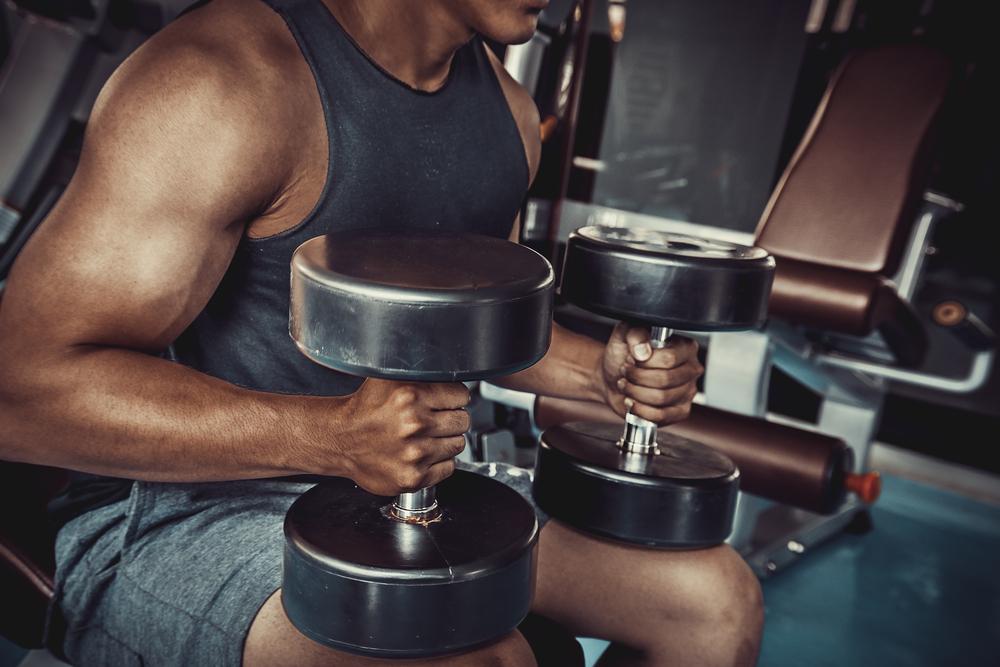 Exercise & Training
Intra workout carbohydrates are pretty “in” these days. Any gym you go to you will find someone sipping on a Gatorade or a similar sugary drink.
The problem is that most people don’t even know what intra-workout carbs do. That’s what I will answer in this post and I will also tell you if you actually need them or if it’s all hype like so often in fitness.
The idea behind intra-workout carbohydrates is pretty simple. During exercise, your body uses primarily carbohydrate in the form of glycogen as its energy source. The longer you exercise the lower your glycogen stores will become and in turn your energy and performance will suffer.
Usually, then what is recommended to consume a fast digesting carbohydrate like a sports drink, for example, Gatorade to compensate for this.

Do you really need carbs during your workout?

To answer this question we have to distinguish between endurance and strength athletes.
Even though both obviously exercise, glycogen is not used to the same extent.
Endurance athletes rely a lot more on muscle glycogen for ideal performance because their training in is longer and geared towards endurance.
It usually takes 90 mintues of endurance exercise to fully deplete glycogen stores, so if your train like this you could make the argument that some fast digesting carbs will help you uphold your performance level afterwards.
But the same argument doesn’t apply for strength training in the gym. Your normal muscle building workout will use up a lot less glycogen than many people think – only about 40%.
Also, your glycogen levels don’t need to be refilled as soon as you are done with your last set. The myth of the anabolic window has been pretty much debunked and you don’t need to slam in 50 grams of dextrose right after your workout.
Now at this point I should mention one study done at the University of Southern California where it was shown that athletes who consumed a small amount of easily absorbed carbs during their training grow muscle at a faster rate than athletes who didn’t.
The difference was about 20%, which means it’s definitely significant, but what you have to keep in mind is that some of them trained almost fasted and glycogen levels might not have been full at this point.
What this means is that if you train on an empty stomach, like when you train first thing in the morning, then easily digested carbs make sense. This can be right before your workout and also during your workout.
But if you had a normal meal consisting of a good amount of protein and carbs within 1 – 2 hours before your workout your glycogen stores will be full or almost full and you won’t need more carbs during your training.
To this someone might respond with:
“But all the professional bodybuilders drink juice or Gatorade during their workouts. If they are doing it why shouldn’t I?”
The reason they do it is because they also take pre-workout insulin, which go hand in hand.
So the take-home here is simple. For the average gym-goer, who doesn’t train on an empty stomach the normal pre- and post-workout meals with protein and carbs are more than enough and you don’t need intra-workout carbs.
If your workouts are extremely long or you do endurance training, then you might want to check them out.
I also heard from some students that they simply feel better when consuming carbs during exercise, which led to better workouts. But they themselves said that it’s most likely psychological and more of a placebo effect.

Whey Protein Explained: What It Does, How To Take & Side Effects