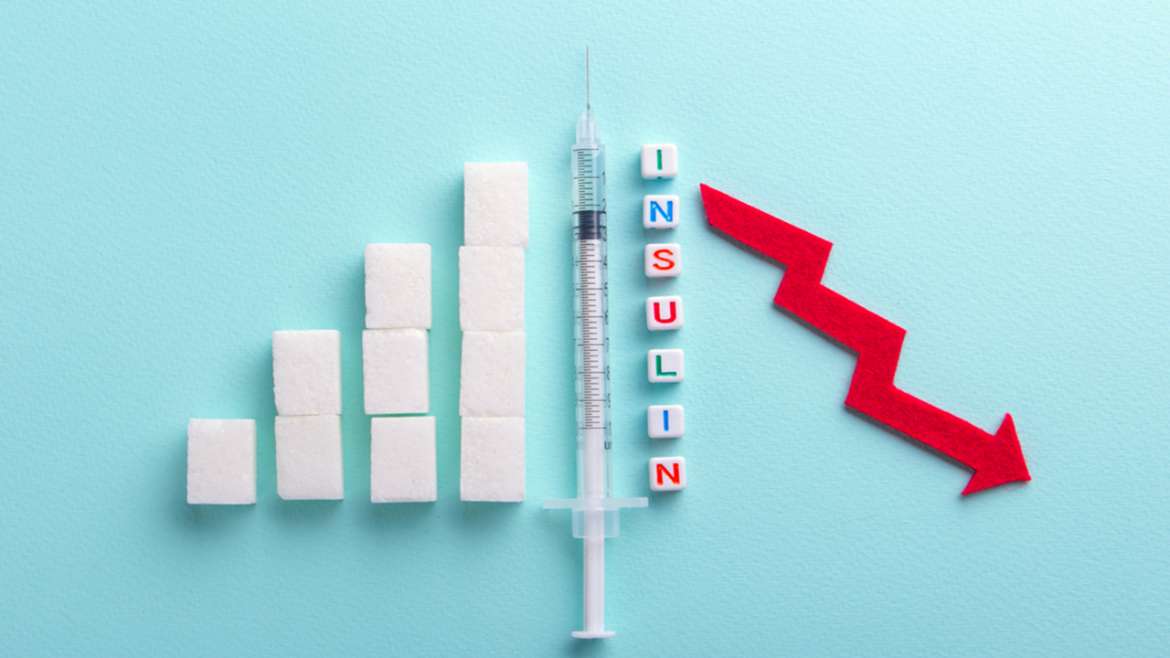 Healthy Living Other
Insulin is probably the most hated hormone out there. It is blamed for all kinds of things, most commonly the obesity epidemic. In this post I want to clarify the role of insulin in weight gain and also answer the most important question of all: Is insulin making you fat?
But before we get there, let’s first talk about what insulin actually is.

Insulin is a hormone responsible for many processes in the human body. It is a so-called peptide hormone, which is produced in the pancreas can be released into the bloodstream. There it has several functions, the most important of which is the uptake of nutrients into the cells. It does this by locking on to insulin receptors and activating transporter molecules that carry the nutrients into the cells.
Think of insulin as a key that opens the doors to the muscle and fat cells which then store what you ate. Next to its role in nutrient uptake, insulin also inhibits lipolysis, which is the use of stored fat for energy. What this means is that while the body is still digesting and storing your last meal insulin will keep it from using the body’s own energy reserves.
This is the reason so many people are afraid of insulin and why they call it the true driver of weight gain. Because carbohydrates generally lead to the higher insulin response by the body these people advocate low carb diets to keep your insulin level flat throughout the day.

Insulin And Fat Gain: Correlation Is Not Causation

The idea that insulin instead of overeating is the real reason for the fat gain seems to make sense when you look at the obesity rate over the last few decades along with changes in the average dieter. People got fatter just as carb and sugar consumption went up. So why is it still wrong to think insulin is the main driver behind all this?
First of all the argument that diets high in carbs lead to permanently high insulin levels is simply false. Yes, insulin levels rise right after you eat something but they also fall pretty quickly afterwards. Once insulin has stabilized your body will start using stored energy again.
This is a graph the guys over at weightology made to illustrate this:

The green parts are the time your body stores energy because you just ate. The blue parts are when you have no energy left from food and the body uses its reserves.
If the green and blue parts are equal every day your weight remains the same. If the total of the green parts is bigger you gain weight and if the total of the blue parts is bigger you lose weight.
Another thing that is often forgotten is that even without the presence of insulin, nutrients can be stored and fat burning can be inhibited. The hormone ASP will then take insulin’s role, which means the body can store fat without the need for carbohydrates.
If that weren’t enough you also need to know that carbohydrates aren’t the only substance that trigger and insulin response. Fast digesting protein such as whey protein for example is extremely insulinogenic and will cause higher insulin levels than some types of carbohydrates.

So the bottom line is that insulin is not evil. Yes, it causes fat storage but won’t cause obesity unless you also provide extra energy to store. For this you still need to overeat, which can be done with any type of food. As you now know, the only way to truly get rid of insulin would be to not just cut carbs but also protein from your diet, which in the long-term would be lethal.
Of course, everything that I just mentioned applies to the average non-diabetic adult. If you suffer from diabetes insulin does play a critical role in your health and watching it is important.
Side note: If you are still not convinced that insulin isn’t the culprit of obesity, I suggest you check out the recently published paper The Carbohydrate-Insulin Model of Obesity Is Difficult to Reconcile With Current Evidence by Hall et al. It basically comes to the same conclusions I talked about in this article but also talks about the scientific literature on the subject.

How To Build A Healthy Relationship With Food

Caffeine Explained: What It Does, How To Take & Side Effects