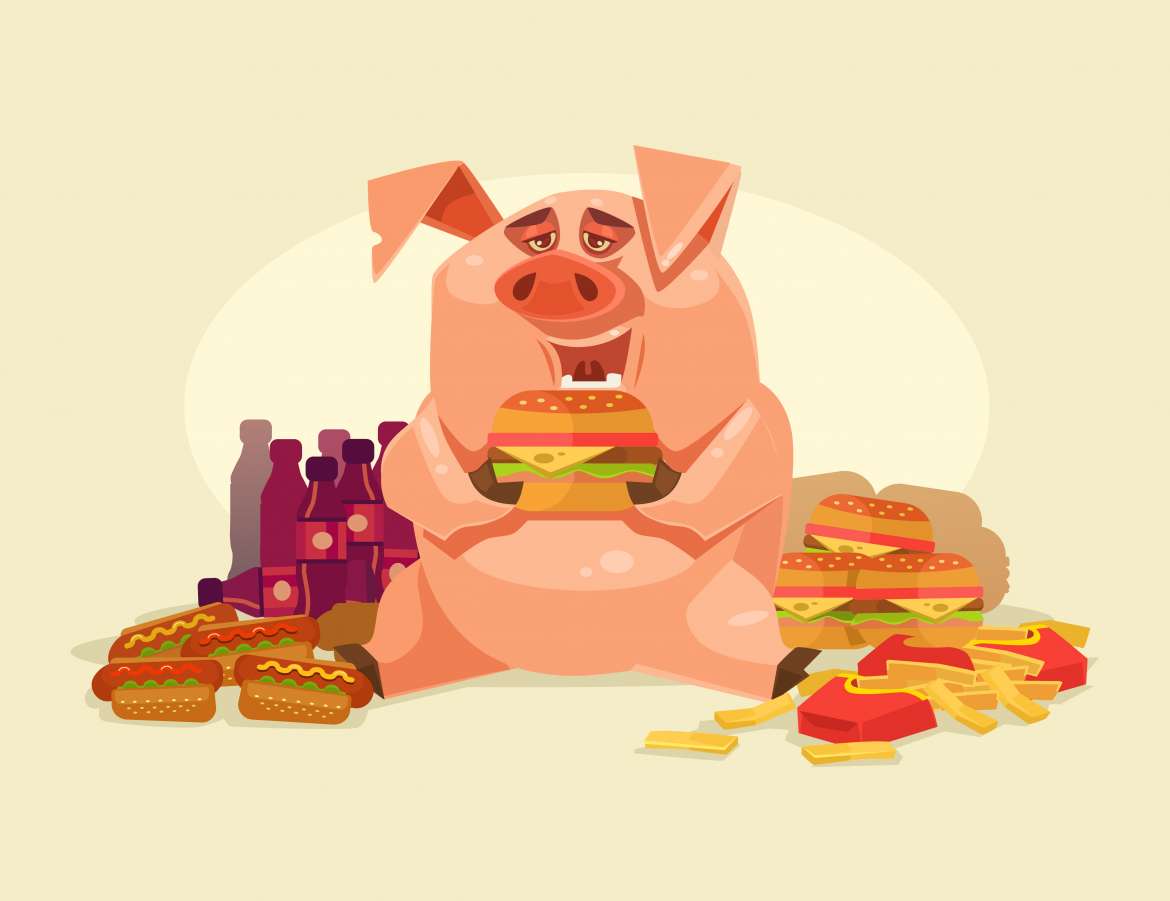 Diet & Nutrition Healthy Living
I’m writing this right before Easter, but depending on when you read it a different holiday might be coming up. With time flying these days, it seems like the next holiday is always right around the corner.
If you want to lose weight, this might make you feel a bit anxious. After all, everyone knows that the holidays are when most of us gain fat, right?
Actually, this isn’t entirely true. Even though there are several studies, which show that weight gain does peak during the most prominent holidays like Thanksgiving, Christmas and Easter, they usually looked at weight gain, not fat gain.

As you probably know there is an important difference between the two. Weight gain can mean any number of things besides getting fatter. Things like water retention, stored glycogen and food in your stomach are a few of the most important factors that can make your weight fluctuate quite a bit even though you didn’t gain any additional fat.
So when we say we don’t want to gain weight, we actually mean we don’t want to gain fat. And fat gain happens a lot slower than most people think. In fact, the average American gains only around 1 to 2 pounds A YEAR. Over the course of a decade these small increases add up of course, but it should definitely lower your fear of overeating during the holidays. Here is why.
You have probably heard that 3500 calories equate a pound of body fat. If you want to lose a pound you have to cut 3500 calories from your diet and if you want to gain a pound add 3500 calories. Now even though this value is a good starting point there is a lot more to it.
Our body can only process so many calories into fat stores in a given amount of time. If you eat more than that, some of the extra calories will be burned off as heat and some will end up in the toilet.
Now, I’m not saying overeating isn’t a problem and that you shouldn’t worry about it at all. But I’m saying that a 1 or 2 day binge like on Christmas or Thanksgiving will lead to less additional body fat than many people think.
One study conducted at the University of Oklahoma shows that out of 94 college students the average weight gain over Thanksgiving break was about one pound, with men gaining a bit more than women.
Even though any additional pound above your ideal weight is too much, this was a lot less than many had expected. Also, like I said before we are talking about weight gain, not fat gain.
Body fat percentages weren’t measured, but the fat gained was most certainly lower than the total weight gained.
What more can this study tell us?
Gaining fat is a long-term thing. While you can gain quite a bit of weight within a few days, not all of that will be stored as fat. Instead of worrying about a few days of overeating like the holidays you want to keep an eye on the big picture. Like I said before, the average person gains only around 1 to 2 pounds a year. Becoming overweight doesn’t happen overnight, it creeps up on you.
That said, you probably still want some advice on minimizing the fat gain during the holidays.

How Do You Correctly Cheat On Your Diet Over The Holidays?

The simplest way is to overeat on protein instead of carbs. Studies have shown that for the average person overeating on protein often causes less fat storage than overeating on carbs or fat.
So if you know you are going to overeat during the holidays, start with meat like turkey or roast before hitting the pie. This will also help with appetite control since protein is generally more filling than process carbs or fat.
You can also add some complex starchy carbs to the mix like potatoes, which will help manage blood sugar levels and keep you full even longer.
So the bottom line is that most body fat is gained in weeks or months, not in hours or even in days. Don’t worry too much about becoming fat over the holidays and follow the tips I outlined before to minimize the risks even further.
Happy holidays!

The 6 Most Common Myths About Vegan Diets Debunked