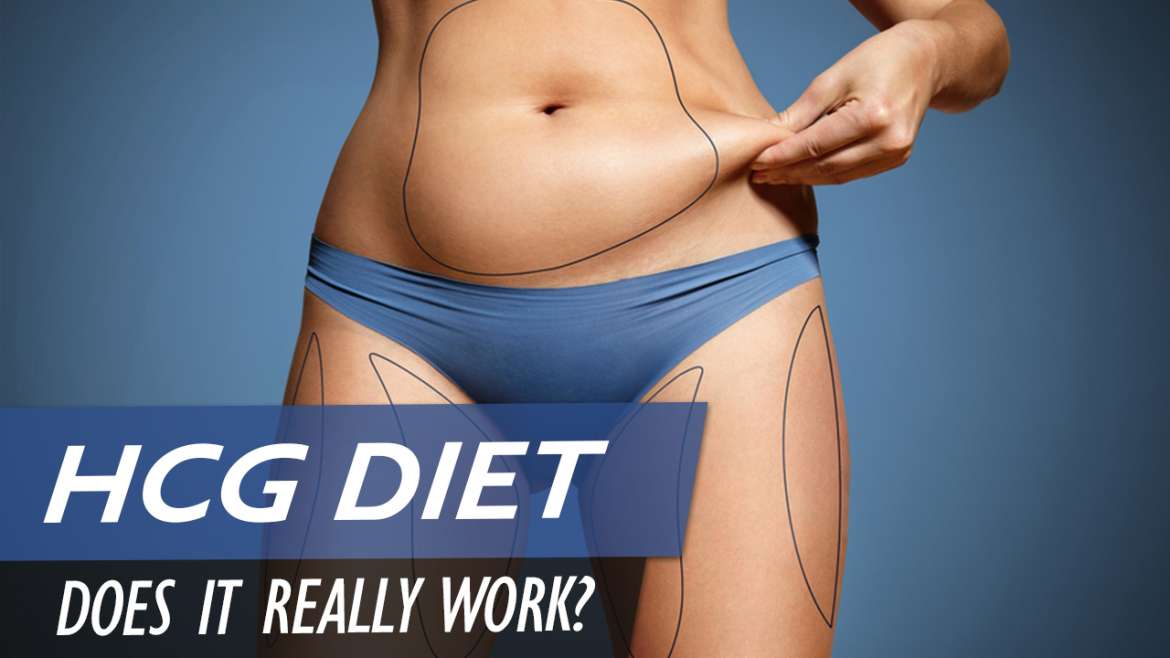 Diet & Nutrition Weight Loss
There are many stories about the HCG diet floating around online, but many people are confused about what the diet actually is and how it works.
In this post I will give you a complete overview of the HCG diet and tell you if it’s worth your time and money.

What Is The HCG Diet?

The HCG diet, sometimes also called the “metabolic diet”, builds on two main drivers. First, a very low food intake of around 500 to 800 calories per day. And second the ingestion of the pregnancy hormone HCG.
HCG stands for human chorionic gonadotropin and is a hormone that is produced in the mother’s placenta during the first few weeks of pregnancy.

What Does HCG Do?

The use of HCG for weight loss purposes dates back to 1954 when Albert Simeons first experimented with it on nonpregnant women.
Basically, he tried to find a substance that would help increase fat loss during extremely calorie-restricted diets. After his tests, he said that his patients lost more fat, less muscle and generally felt less hungry during their diets.

Now that you have a general overview of the diet, does it deliver on its promise to help you lose weight?
I want to be as straightforward and honest with as possible, so here is my answer: No, the HCG diet is a crash diet that can have very nasty side effects. And that not just me saying it, the FDA has also called it “dangerous, illegal and fraudulent”.
Let me explain why:
The assumption that HCG helps with fat loss rests only Simmons’ work and could never be reproduced afterwards. There is no evidence that HCG does anything for fat loss and the only reasons the diet shows results is because of its huge calorie deficit.
The second big problem with the diet is the use of HCG. It is a prescription hormone that needs to be injected and only doctors or people with fertility disorders have access to it.
In normal doses it is not available to the general public, which means the only way you have access to it is through the black market. Of course, you can also buy HCG drops or pellets online but these products are only legal because they are included in such low doses that they don’t react in the body.
Now you might think that taking huge amounts of these legally available drops might get you the same results as HCG injections, but there is another problem. HCG is a peptide hormone, which, just like insulin, is made up of amino acids.
Most of these peptides will be broken down in the stomach, which renders the hormone useless. So even if you took a huge amount of them, your body couldn’t absorb the HCG. That means most products you find online are a scam that you should steer clear of.

Bottom Line On The HCG Diet

The only reason the HCG diet has worked for some people is because of its huge calorie deficit. At 500 to 800 daily calories it’s no wonder you will lose weight, but such drastic deficits also come with higher risks of muscle loss and huge hunger cravings.
That’s why my verdict on the HCG diet is pretty clear. It’s neither suitable for athletes nor the general public and there isn’t a single positive thing I can say about it.

What Should You Eat Before Bed To Build Muscle