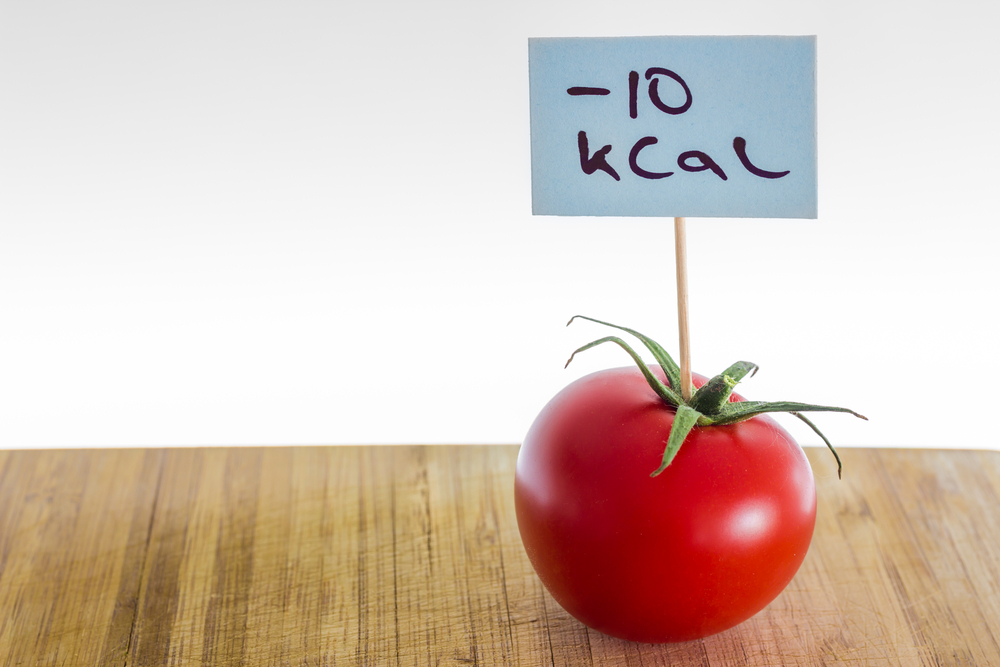 Diet & Nutrition Weight Loss
I have to admit, the idea of negative calorie foods is pretty awesome. It says that there are certain foods that require more calories to digest than they provide in the first place.
Foods that are said to be negative in calories are usually vegetables or fruits like celery, lettuce or grapefruits. For example, if a food only has 10 calories per 100 gram, but your body needs 20 calories as energy to process the food, you would theoretically have created a 10 calorie deficit.
Imagine for a second how amazing that would be. You pretty much wouldn’t have to worry about calories anymore because as long as you stuck to these foods you definitely wouldn’t gain any weight and probably also lose some.
Like one fitness blogger said: “It would be like having a tiny magical personal trainer in your stomach who does all the dieting for you while you sit on the couch and do nothing.”
As cool as all this sounds, it’s pretty much nonsense preached by people who either don’t understand how digestion works or want to sell you some new diet.
The problem is that, as with most nutrition myths, there is some truth to the idea of negative calorie foods. Let me explain.
When you eat food, not all of the calories in the food will be available to your body and a small portion will always be lost along the way.
Depending on the foods you eat and how well your body handles them this loss can make up 10% of the total calorie value, sometimes more. That’s simply because even though our body is very good at retrieving energy from food, it’s not perfect.
What’s even more interesting is that food also requires energy to be absorbed and metabolized. This is called the thermic effect of food, which you probably already heard of. This effect is different depending on the macronutrient.
Fat has the lowest thermic effect with around 5 %. Then come carbs with 5 to 15% and the highest is protein with 20 to 35% max.
Together it is estimated that the thermic effect of food makes up about 10% of your overall calories. So, if you consume 2,000 calories per day about 200 calories will be expended on digesting, absorbing and metabolizing that food.
Now, this isn’t shabby of course, but it’s still far away from the notion that there is a diet that lets you burn more calories than you consume.
But what about individual foods?
Are there certain foods that provide so little energy that digesting them burns more?
Celery is usually said to be one of these foods.
There are actual studies on this, so let’s see what they say…
One study from the Oxford Brookes University looked into this and studied fifteen young women by measuring their resting metabolic rate before and after consuming 100 g worth of celery.
What they found was that of the 16 kcal usually said to be in 100 g of celery, only a little over 2 kcal were actually absorbed.
This is very little of course, but it’s still more than zero or any negative value, which would be needed to qualify as a negative calorie food.
Other studies also confirmed this and one actually concluded that the “concept of negative-calorie foods has no external meaning or application.”
At this point, you might be a little disappointed because the myth has been disproven, but let me tell you that there is good news.
There are foods that will help you lose weight, but they aren’t what you think. I explain the principles of healthy weight loss in my meal-planning course and also help you set up a sustainable diet that won’t make you feel hungry all the time.

How To Build A Healthy Relationship With Food

Caffeine Explained: What It Does, How To Take & Side Effects