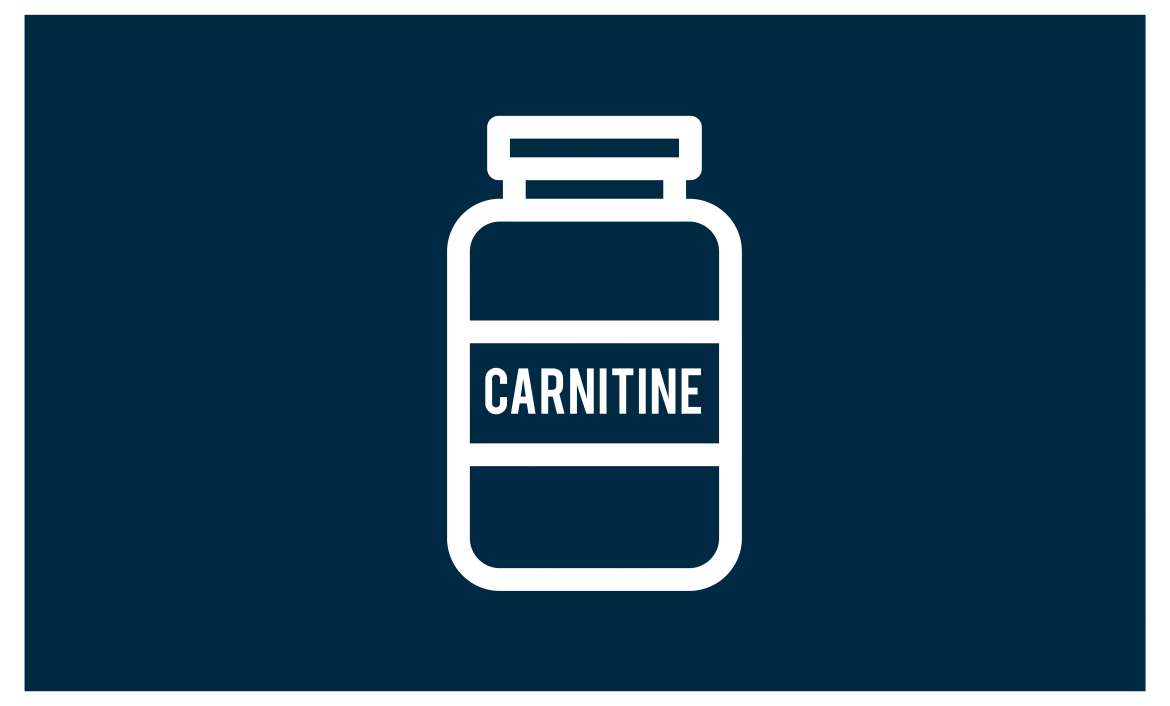 Supplements
L-carnitine is often categorized as an amino acid, but it’s technically an “amino-acid-like” compound, which is related to the B vitamins (this is also why it used to be called vitamin BT). It helps the body produce energy and is important for heart and brain function, muscle movement, and a number of other body processes.
To supply your body with enough L-carnitine, it can be synthesized in the kidneys and liver from other amino acids, after which it is stored mostly in the muscle and brain. You can also get L-carnitine from your diet, with good sources being red meat and certain plant products like avocado and soybeans.
There are two main forms of carnitine: D-carnitine and L-carnitine.
Whereas L-carnitine can be found in nature and is biologically active, D-carnitine is biologically inactive and not sold as a supplement. Since carnitine plays an important role in burning fat for energy, most people see it as a fat loss supplement.
However, you might also stumble across Acetyl L-carnitine, also known as ALCAR, which is a certain type of L-carnitine that has acetyl attached to the carnitine molecule. This increases its ability to pass across the blood-brain barrier to enter the brain, where it can act as an antioxidant. Because ALCAR ability to increase alertness it’s usually sold as brain booster.

What do carnitine supplements do?

People usually supplement with L-carnitine to increase their body’s carnitine stores, and to saturate the carnitine levels in their muscles. In theory, this should produce a series of beneficial effects, for example less muscle soreness, better post-workout recovery, and higher nitric oxide production.
But the thing is, that most people are already getting enough of it, so additional supplementation isn’t necessary. The only people benefiting from supplementation seem to be non-meat eaters and the elderly. What this means is that carnitine supplementation usually isn’t necessary for general health reasons.

There are studies showing that L-carnitine supplementation does reduce muscle damage during and after intense exercise. This should improve muscle repair while also reducing muscle soreness. One possible explanation could be because of increased blood flow to the muscles, which brings more nutrients to the muscle while also reducing oxidative stress.
But keep in mind that this is a small benefit at best, which is why I don’t believe carnitine is a must have muscle growth supplement. Try it out yourself and see if it’s worth your money but don’t hope for miracles.
In regards to fat loss, carnitine supplementation should work well in theory, because it’s so important in metabolizing fat for energy, but the empiric evidence does not support this idea unless you are deficient.
That means carnitine supplements won’t help you lose more fat unless you’re elderly or don’t eat meat (but even then the effect is probably minor).

How should you take carnitine?

L-carnitine is generally safe as a supplement but is one study that the carnitine in meat could increase the risk of heart disease. Basically, what the researchers found was that it spiked a substance known as TMAO, which has been associated with heart disease but might not actually cause it.
We still need more evidence on this subject, though and I believe the evidence is not there for this to be a reason to stop eating quality red meat. That said, you do want to limit your intake of processed red meats like bacon or salami as they definitely aren’t healthy in large amounts.

6 Biggest Exercise Myths That Will Hurt Your Weight Loss Efforts

3 Science-Based Ways To Get Motivated For Exercise & Fitness