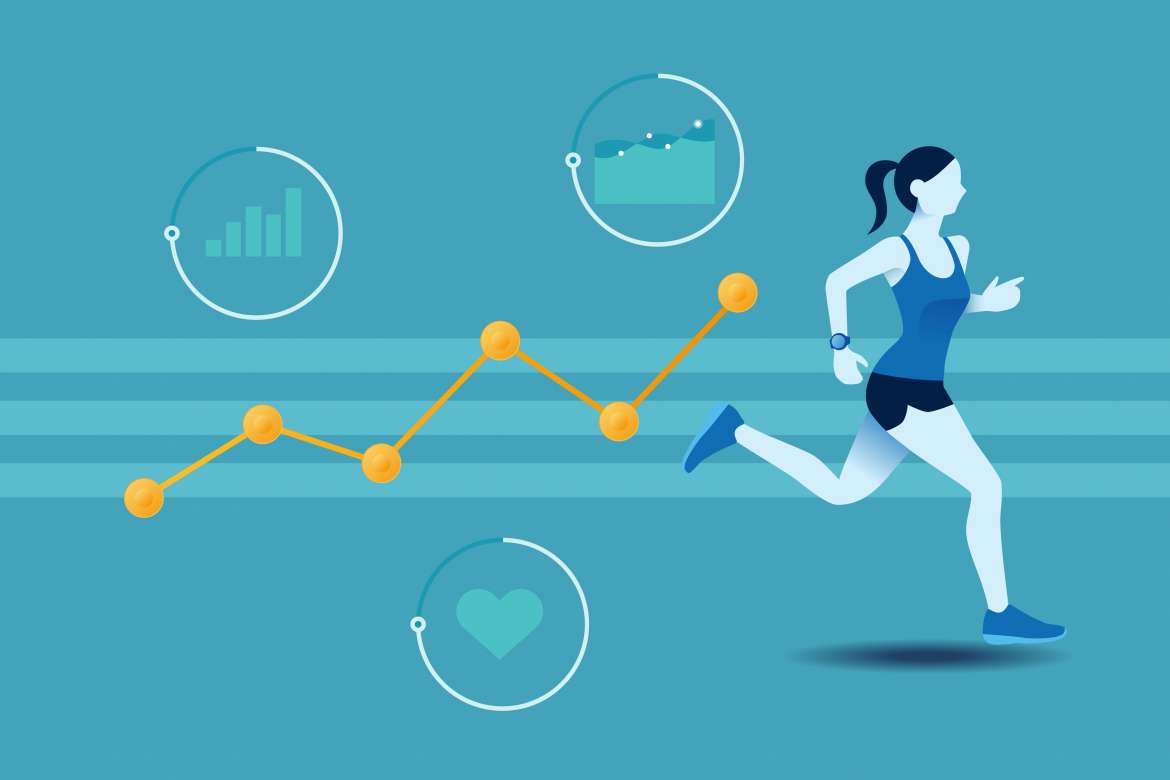 Exercise & Training Weight Loss
Habits are everything. Some estimates go as far as to say that 40% of our daily lives are done by some form of habit. This not only includes things like cooking, commuting or tying your shoes but also watching TV or looking at your phone.
Oftentimes you don’t even realize you are doing things automatically. This can become a problem because if you are not aware of what you’re doing, you have very little control over what you intend to do.
This isn’t to say habits are bad! Far from it, but what we want to do is create new habits that you chose because they will benefit you. That way you’re doing what you want, even if it’s on autopilot. This will help you make positive changes in your life and lose weight.
The funny thing is that good habits can overcome bad training and diet plans. Even if you followed a flawed program, you could make progress if you still stuck to it rather than doing it once-in-awhile.
Of course, your goal is to follow a well-designed diet and create good habits, but my point is that you need to focus on being consistent, building and maintaining the right habits, and your overall ability to stick to your goals regardless of how you feel on any given day.
Unfortunately, without that no program will work.

What Are Habits, Anyway?

Before we go into how to build effective weight loss & fitness habits, lets first talk about what habits actually are.
Habits are behaviors and rituals that we do automatically. This allows you to carry out essential activities like taking a shower, brushing your teeth, or getting dressed every day without thinking about them and without having to spend a lot of willpower on them.
Such unconscious habits free up resources for your brain to complete more complex tasks. We all have habits and we do hundreds of them every day. Generally, habits can be divided into three groups – the ones we don’t even notice like brushing teeth or tying shoelaces, the ones that are good for us like exercising and eating quality foods and lastly the bad habits like smoking or procrastinating.
To overcome bad habits we should also know where all habits a stored. Scientists now know that a specific part of the brain called the basal ganglia is responsible for creating new habits and keeping existing ones. Interestingly, this area often still works after major brain damage which is why victims can often still do certain things they’ve always done.
Because your brain creates new neurological pathways when you establish a habit, the easiest way to get rid of your bad habits is to directly replace them with better ones.
That’s because the neural pathways never get eliminated and often lead us going back to old habits. How you create new and better habits will be explained now.

How To Build Effective Fitness Habits Using The Habit Loop

Now that you know why habits matter let’s start building your first good habit. Each habit follows a habit loop, which is based on Charles Duhigg book “The Power of Habit”:
1. The Trigger, which is the first signal that demands your brain to act and perform some kind of behavior.
2. The Habit, which is the action or behavior you will perform following the trigger. This doesn’t have to be a physical action, it can also be mental or emotional.
3. The Reward, which is some kind of positive feedback that your brain gets after performing the action.

Let’s look at the example of taking a shower in the morning to clarify this process:
1. Trigger: You wake up in the morning and walk to the bathroom
2. Habit: Once you have reached the bathroom and maybe used the toilet you step into the shower and wash your body and hair.
3. Reward: After you are done taking a shower you dry yourself up and feel fresher and definitely more awake and ready for the day. You know you’ve done your part in taking care of your hygiene and ensuring a positive appearance.
This 3-step habit loop can be found in ALL of your habits and you need to keep it in mind when wanting to create new ones. The secret is to make a habit so easy and rewarding that you can’t talk yourself out of it.
In the case of taking a shower, this is pretty straightforward. You do it because it gets you to wake up instantly which means you are more energized and ready for the day. You also do it because you smell nicer and people might even compliment you. And lastly you have been doing it for years and it always led to good results so you know it’s a good habit.
With this in mind, we can say that habits are like a tool to get us the outcome we want. The problem is that the further away this outcome lies in the future the harder it will be for us to estimate. Taking a shower gives you an almost instant energy boost, build losing weight and getting in shape takes a while even under the best conditions.
This makes it harder for us to build such a habit because we will have to trust it before we see the results. Therefore I don’t recommend you change or create several habits at once. Focus on one thing at a time, maybe two but no more than this.
Most people ignore this piece of advice and will try to do everything at once and get lost in the process. How many people do you know that tell themselves to start eating healthy and work out after new years only to lose their drive a few weeks later?
Often this loss of motivation isn’t even their fault, it’s just that they overloaded themselves with wanting to create too many new habits.
Changing your daily routine and improving your body is difficult. Of course, the rewards are very much worth it, but like I said before these rewards are often difficult to estimate especially for beginners.

The Most Important Rule When Creating New Habits

The first rule when creating new habits is to focus on one thing at a time. Implement one change in your life and make it part of your routine.
A good example is establishing a dieting routine. Many people have a tendency to start a new diet every few weeks only to drop it quickly after. If this applies to you, don’t beat yourself up but be honest to yourself.
Ask yourself “why don’t I stick with the new meal plan?”
There are countless reasons why this can happen but a few examples include:
– The diet program requires too drastic of a change (for example too big of a calorie deficit)
– The diet program includes foods that you don’t like
– You’re too tired after work to prepare healthy meals and tell yourself you will do it in the morning, which you probably won’t.
– You get discouraged because results aren’t happening fast enough
And so on…

How can you solve this problem?

First of all, you need a diet that fits your lifestyle and includes foods that you like. This is a given because otherwise, you won’t follow it. If you are still looking for one then check out my weight loss and nutrition program, which will show you how to do this.
But from a perspective of building new habits, a good start would be to focus only on your preparing meal every day. Make this your uppermost goal and stick to it!
Now, while you are establishing this habit you don’t worry about anything else like timing your meals perfectly or taking the right supplements. These are not critical to establishing your new habit and will be dealt only once you do your meal prepping on autopilot.
Building habits one at a time will channel your energy and focus on the most demanding task which is very important especially if the habit you are trying to establish is a difficult one.

Do Negative Calorie Foods Exist & Can They Help You Lose Weight?