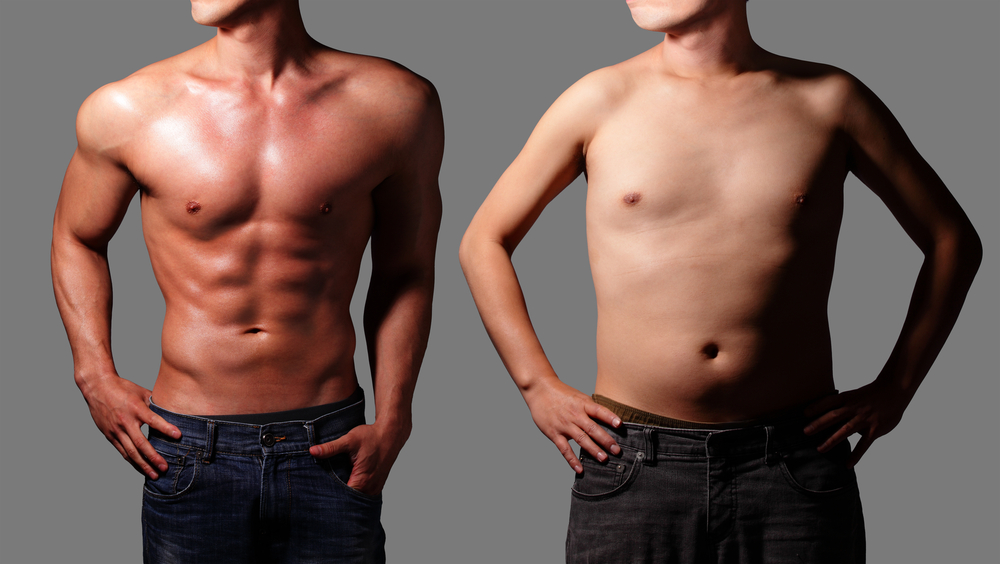 Uncategorized
When it comes to losing weight, there are a lot of misconceptions and myths out there. Not only can believing them derail your diet efforts, it can also mess with your health. This is why in this post I want to debunk the most common ones.
This is to make sure you don’t ever fall for false advice or false gurus again and can shed pounds safely and smartly. Keep in mind that there are many variations of the myths I’m about to debunk, but once you know the most common ones this variation will be easy to spot.

Spot reduction refers to the attempt to remove subcutaneous body fat stores from specific areas of your body by doing exercises that target these areas. For example, someone who has a lot of fat stored on their sides above the hips could try to use different ab exercises to burn those fat cells. Unfortunately, fat loss reality is a little different.
Performing those exercises may grow the muscles responsible for those movements, but they have little to no impact on the fat stored there, let alone can they directly burn it.
Fat loss will always happen over the entire body and cannot be localized. Now of course genetics and hormones will also have an impact on this. Men tend to have more fat in the upper body, especially in the abdominal region, whereas women tend to store their fat in their hips, butt, thighs, and lower abdomen.
So next time someone tries to sell you their ab workout to lose belly fat keep in mind that when the body burns fat stores, it does not use the stores closest to the muscles being flexed. Instead, fat from your entire body is burned. Training a certain muscle group may be valuable exercise — but don’t expect it to spot reduce fat.

Detoxes are short-term diets that usually focus on juices or other fruits and vegetable-based products, while restricting generally less healthy foods or drinks like coffee and soda. This is usually done to flush out any harmful toxins in your system.
Now, the idea behind detoxing and cleanses is good. Our bodies are often exposed to a high amount of toxic substances, and some of them can accumulate in the body. However, there is no evidence that a short “cleanse” or “detox diet” can help reduce this damage and get rid of the toxins. Why?
Because changes to your overall health require long-term changes to your diet and exercise regimen and not just a week of drinking some trendy detox lemonade. In fact, drastically changing your diet can deprive the body of adequate calories and nutrition and make things worse in the long run.
This then applies not only to your health but also to your weight loss efforts. If you severely restrict your daily calories and create a starvation diet what you will be losing over the first few days is mostly water and glycogen. You will gain all this weight back once you start eating normally again.
Also, large calorie restriction can cause you to lose muscle, which is not what you want. Your goal should always be to lose fat, not muscle, which is basically impossible when lowering your calorie intake too much.
lastly, the longer you starve your body, the weaker you will feel. Your energy levels will go down, you are more likely to struggle with hunger and even depression. So instead of doing regular detoxes, make long term changes to your overall diet and lifestyle.

Telling people carbs are bad is one of the most common adivces false fitness gurus will give you while at the same time trying to sell you their special diet. Generalizing about carbs seems to get more popular by the year. Usually they will tell you that consuming carbs will lead to an increase in insulin which then leads to more fat storage. So is there any scientific evidence to support this claim.
While there is some evidence that carbs cause insulin insensitivity, this is pretty much only the case for people with pre-diabetes that are at the same time overeating simple high sugar carbs. So yes, if you don’t exercise and your diet consists mostly of candy bars and chocolate then such carbs will negatively affect your health and weight.
However, if you follow a well-balanced diet and exercise regularly then quality carbs will actually be necessary to fuel your workouts. This is also why I usually don’t recommend a low carb diet unless you are completely sedentary or your stomach doesn’t digest them well.
Most people will be better off sticking to quality carbs, which have lots of fiber which leaves you feeling full for longer periods of times. Cutting carbs from your diet also means restricting your energy source and limiting your potential for muscle growth.

Another common dieting myth is that fat is bad for you. Many people believe that if you eat fat you gain fat. That’s why for many many decades, the traditional way to lose weight was to follow a low fat diet. Today we know, however, that eating fat doesn’t make you gain fat unless it leads to a long term calories surplus.
In fact, cutting all fat from your diet can be dangerous since your body needs to consume fatty acids for hormone production. Low-fat diets can decrease your testosterone production. So make sure to always get some omega-3 and omega-6 fatty acids.
Also, many low fat products actually contain more calories than their normal counterparts which really defeats the purpose of cutting fat from your diet to lose weight.
Then there is also the idea that saturated fat causes health problems. Now there is some truth to this because based on what we know today large amounts of saturated fats might be problematic to the heart. However, there is no evidence that they are the direct cause of heart problems.
For now, it makes sense to limit them to a certain amount while sticking to quality saturated fats like coconut oil or high quality meat. But at the end of the day, the only type of fat you should really avoid is trans fat which can be found in highly processed and fried foods

The theory is simple. Certain diet foods make losing weight painless a lot easier. These foods are generally labeled as low-fat, low-carb, and artificially sweetened.
The reality is a little more complicated: Low-fat and low-carb don’t always mean low-calories, and if you’re trying to lose fat, buying these foods could actually hurt your efforts. Why?
Studies have shown that people eat up to 50 percent more of foods that were falsely labeled “low-fat” than they would of the same exact foods with their actual labels.
Why? because most people assume that diet foods contain up to 20 percent fewer calories than their regular counterparts and most don’t bother to actually check the nutrition label to see if that’s correct. As a result, many people will eat more because they believe its justified.
What’s my advice: When you’re checking out a snack that is labeled “low-fat“ or „light”  check the nutrition label. Look at how many calories they actually contain and then compare that value with the calories in the regular version of that product. Oftentimes they are either the same or even less.
Also never tell yourself that it is ok to eat more pizza because you chose diet coke over regular coke. I know cutting out certain foods from your diet can be difficult but if you start small you big changes will happen over time.

Myth #6: You have to eat clean to lose weight

Ok, one important disclaimer. I do advise you to eat mostly unprocessed quality foods. Most people get not enough vegetables and fruits and overeat on fast foods and candy.
That being said you can lose weight even if you consume a lot of junk food. I will talk about this more in a later lesson but what weight loss ultimately comes down to is calories in vs calories out.
If you all you eat is pizza but your consumed calories are fewer than your body needs to maintain its current weight you will lose weight. Vice versa if you only eat healthy foods but they add up to more total calories than your body expands you will gain weight.
Now, of course, the sweet spot is to focus on healthy foods while also being at a calorie deficit but it’s important you understand the mechanism behind weight loss. it’s not so much what you eat but how much you eat.