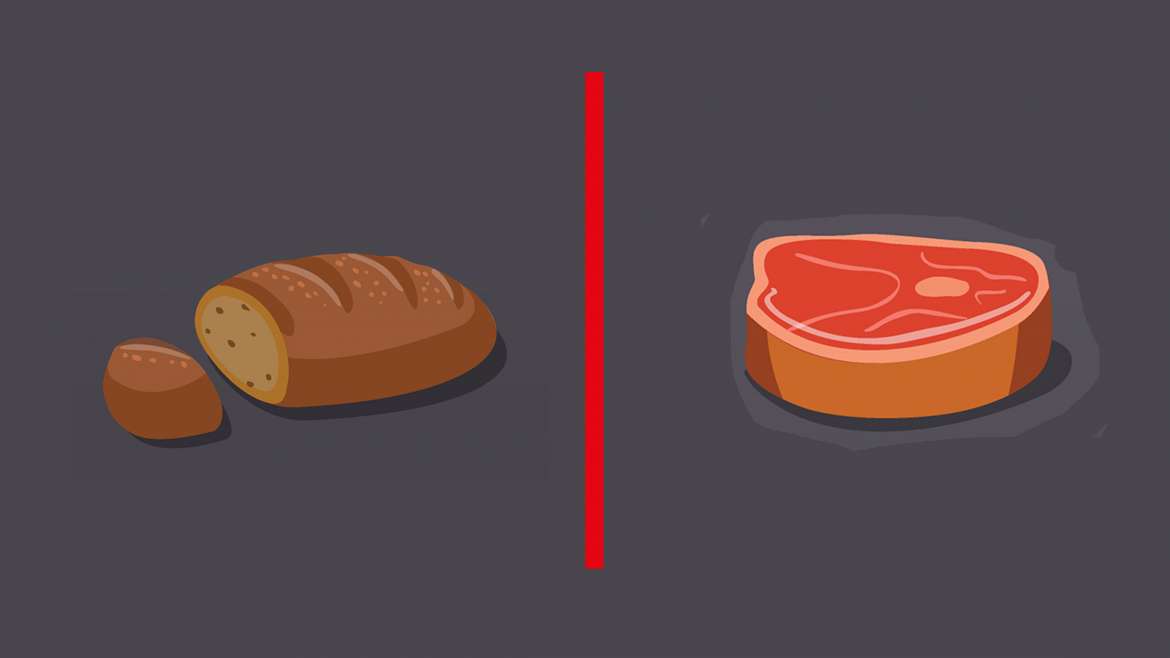 Diet & Nutrition Healthy Living
Has anyone ever told you that carbs and protein should be eaten separately because they need different environments for digestion?
The “carb and protein separation” fad builds on the idea that protein and carbs require different digestive enzymes and environments.
Often it is said that proteins are digested in an acidic environment, whereas carbs need an alkaline environment to be absorbed. If you don’t account for these differences, the story goes, both will not be digested or not as efficiently as they could be.
A similar idea is that you should eat fruit only on an empty stomach because it causes weight gain and bloating. Here, the general explanation is that if you eat fruit with other foods, the fructose in the fruit will ferment your stomach content and lead to all kinds of weight gains.
Is there any truth to these claims

Should you really separate your food?

Not if you are a healthy adult.
Food combination or food segregation, depending on what you call it, is mostly a fad that builds on false assumptions. Let’s first look at what happens when fruit is digested and if it can really make your stomach content ferment.
It is true that the fiber in fruit will slow digestion and make your stomach empty more slowly. This is a good thing because it will make you feel full longer and can prevent hunger cravings throughout the day. But slower digestion doesn’t mean the food sits in your stomach forever.
Fruits are generally digested in under an hour. If you eat a lot and maybe consume some fat and protein along with it, you will slow this process down, but it will still not be slow enough to cause fermentation and rotting.
These processes take several days not hours. But even if for some reason your food stayed in your stomach long enough, you would still not see any of that.
Why?
Because your stomach is specifically designed to prevent the growth of bacteria. The highly acidic stomach environment will kill most bacteria in food and prevent any bacterial growth necessary for fermentation to happen.
But what about carb and protein separation?

Do carbs and protein need opposing environments to be digested?

Well, it is true most protein is digested in the acidic environment of your stomach and most carbs are digested in the alkaline environment of your small intestine.
But, your stomach will release acidic even when you eat carbs alone, because any food you eat will be mixed with stomach acid to aid the break down of food and, like I mentioned earlier, to kill bacteria.
Once the food-acid mix is released into the small intestine, your pancreas will secrete bicarbonate into the small intestine to neutralize the acid. It will also send out the enzymes needed to digest carbs, protein and fat.
Our bodies are used to receive mixed meals and have to develop this skill since many foods are naturally a mix of different macronutrients. Think of beans, which are high in carbs and protein, or nuts, which are high in protein and fat.
Your food will generally be digested the same whether it comes from a mixed or separated meal. What changes is the speed of digestion. Mixed meals high in fiber and fat are generally digested more slowly, whereas simple carbs alone are digested fairly rapid.
Of course, for longer satiety and less cravings you want a slower digestion so mixing your food is actually a good idea. This avoids spikes and crashes in your energy levels and blood sugar.
Also, keep in mind that often food combining diets are sold as weight loss diets. But if the right food combining actually improved digestion, it would lead to weight gain, because your body would be able to take in MORE nutrients and energy from food.

So the bottom line is that your goal should be to create a meal plan that combines foods correctly, but one that is maintainable and practical. Don’t overcomplicate this and make sure you follow the most important rules of successful diet planning.
There are more effective ways to improve your digestion, like eating slowly and mindfully or eating until you are satisfied instead of stuffed.
Doing this and focusing on whole, minimally processed foods will get you a lot further and will also be better for your overall health.

Is Eating Before Bed Bad For Fat Loss & Your Metabolism?

Why Most Fat Burner Supplements Are Overrated