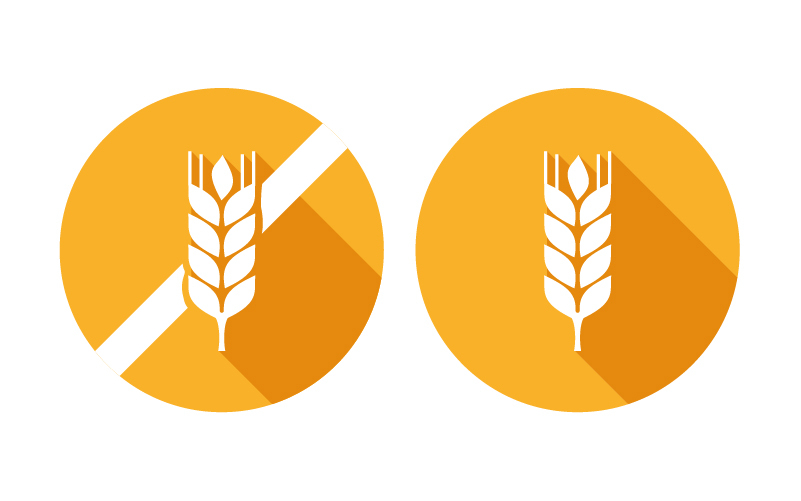 Diet & Nutrition Healthy Living Weight Loss
Gluten-free is one of the most popular diets trends right now so it’s crucial you understand where it comes from and what it has to offer.
Many fitness coaches and magazines will tell you that gluten can be extremely dangerous and getting off it has changed their lives completely. As you know if you follow my blog I’m always a little skeptical about such absolute statements, especially when those people are also selling their own products. So let’s look for ourselves and see what gluten really is about.
Gluten is a naturally occurring composite of two proteins (gliadin and glutenin) that is mostly found in rye, wheat, and barley products. It’s the substance that makes dough stretchy and resilient and it’s also often used as a thickening agent in other foods.
Because gluten makes baked goods more elastic it’s often found in things like pizza dough, pasta, breads and crackers.
That doesn’t sound too bad, right?
Well, it can be problematic for some people. Because gluten molecules aren’t broken down by heat or directly digested, they will be absorbed by the small intestines, which can irritate an autoimmune response in some people. These people will then get headaches, stomach cramps, diarrhea and generally feel bloated. Things can get even worse and result in gut inflammation if these people keep eating gluten.
But here is the good news. All these symptoms occur only in people with celiac disease, which can be detected by the presence of specific antibodies produced in response to gluten. It’s estimated that between 0.3 and 1.2% of the population has celiac disease, which means that you probably don’t.
But what about healthy people without celiac disease? Should they also avoid gluten?
Unfortunately, the answer is: it depends.
Even though there are very few people will full-blown celiac disease, there are probably six or seven times more people who have a gluten sensitivity. This means you get symptoms similar to celiac, but you don’t have the antibodies or intestinal damage.
Sounds like a lot, but that’s still only between 3 and 7% of all people. So you probably don’t have gluten sensitivity either.
What this means is that the vast majority of people don’t need to follow a gluten diet. In fact, the gluten-free diet itself offers no special health benefits, and most gluten-free foods tend to be less nutritious, lower in protein, higher in fat and cost more than double.
This is also the reason why many people with celiac disease, that are forced to follow a gluten-free diet have micronutrient deficiencies simply because it’s more difficult for them to follow a well balanced diet. Now I’m not saying it’s impossible but it is more difficult.
Another thing that is sometimes mentioned but completely made up is that a gluten-free diet will help you lose weight faster. Even on a gluten-free diet you still have to follow the rules of weight loss that I explain in my other posts, meaning you have to create a calorie deficit and probably also want to bump up your protein intake.
But I don’t want to completely bash gluten-free diets because there are a few studies that indicated that, over time, diets high in gluten could cause damage to intestinal cells in non-celiac people. The problem is researchers still don’t know why this is and the evidence isn’t clearly linked to gluten as a trigger. What this means is that if you want to play it safe, limit your gluten intake to a few meals a week. Other than that however you don’t have to worry about it.

What Should You Eat Before Bed To Build Muscle